Secret Neighbor Review: The Neighbor Is You!
Secret Neighbor is an online multiplayer game by tinyBuild set in the same universe that Hello Neighbor, a cult surrealist survival horror. You play either as a one of the kids that enter the scary house to rescue their friend, or as the owner, the sinister mustached Neighbor. You can download Secret Neighbor for Windows or Xbox, even if you missed the original Hello Neighbor. 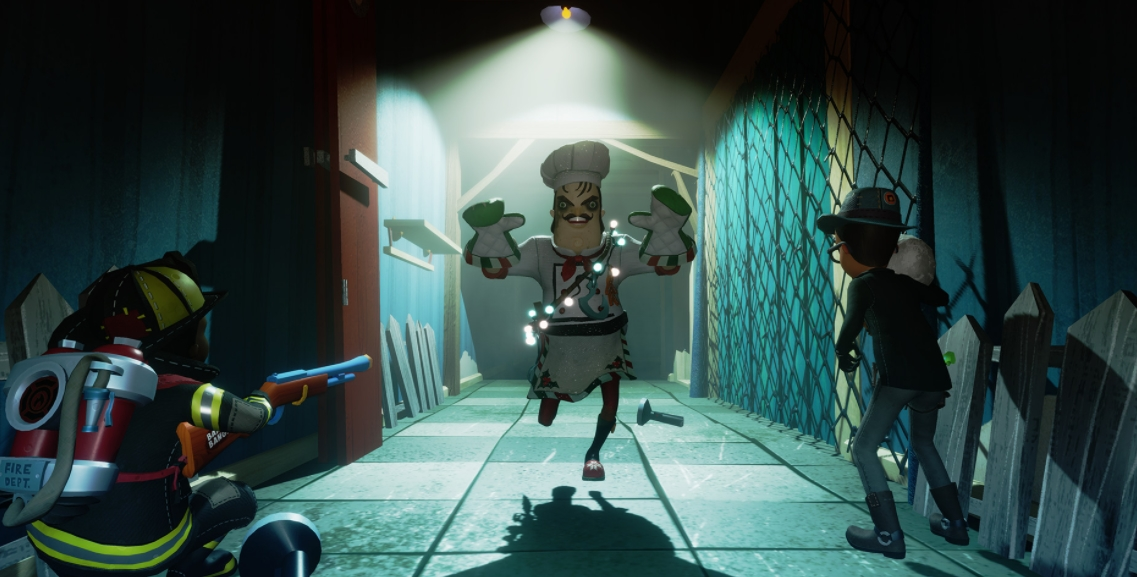 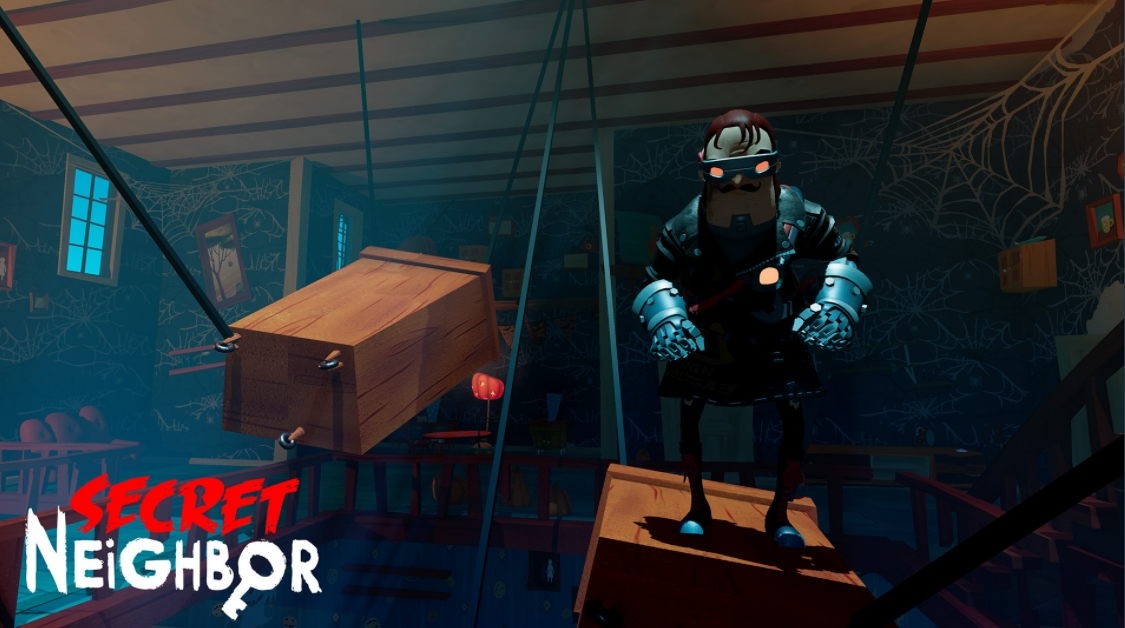 Rescuers of the Lost Kid (5)

When the protagonist of the original game has gone to explore the basement of his neighbor’s home and got caught there, his friends go to rescue him. The party has to reach the basement door to set the boy free. The Neighbor needs to stop them by setting traps or pretending he is one of the kids (don’t ask how).

Playing as a kid, you can choose one of six classes, Are you the detective that pictures the scenes or detects keys with the intuition? The scout that can fight the neighbor? The bagger that carries more items than other? Or the inventor that makes traps almost as great as those by the host? Maybe the Brave who can break free from the neighbor’s grasp? The classes recombine in various groups, making each new game unpredictable. As for the neighbor, his abilities also vary. From the regular Neighbor who sets traps and disguises as a child, you can turn to a Clown Neighbor who can pretend a piece of furniture, throw smoke bombs, or disorientate children.

If the kids are all caught one by one, they lose. It at least one makes it to the basement door with the keys, the team succeeds.

The Same Basement through Different Eyes (4)

It’s still a 3D first-person game, but this time you interact with other children – either as one of them or as a disguised Neighbor. The corridors are still dark and full of traps, though this time you can escape as well as set them. The designers did their best to recreate the exaggerated, trippy, colorful atmosphere of the original. Not that they quite succeed, but it’s not their fault: it’s never as scary as the first time. On the other hand, the familiar maps (there is more than one) host a different stand each game. The system requirements (for the PC version) are extremely low as for 2021, so you don’t need super-duper fresh gaming hardware to play it.

Catch You, No Matter Where

Being made for Windows and Xbox, the game supports both keyboard-and-mouse and gamepad controls. The latter seems the preferrable option, since it’s better adjusted for first-person adventures in 3D. Still, the game is quite playable with regular K&M setup. Fast ping and broadband connection are more important. As for visuals (and, why not, glitches), the game is equally good on both platforms (hope soon there will be more).

While the original Hello Neighbor had no equals in its sheer madness, it lost all replayability after you’re through. The multiplayer version has it all to keep you invested for long. Being the Neighbor or a kid is equally fun. If the language barrier doesn’t stand in your way, it’s a great social experience as well.